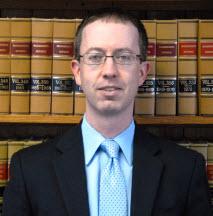 Attorney Morris is an experienced trial attorney and has been practicing in Massachusetts Courts since 2002. He handles complex civil litigation as well as defending individuals accused of serious crimes. He has been lead trial counsel for jury trials on civil matters ranging from standard car accident cases to more complex contract and business disputes. He also has extensive experience representing criminal defendants in District and Superior Courts on matters including, but not limited to, OUI (operating under the influence), assault, battery, drug trafficking, rape, and murder.

Attorney Morris also has extensive experience representing people who were injured on the job. He has appeared before Administrative Law Judges at the Department of Industrial Accidents hundreds of times in his career and has obtained workers compensation benefits for hundreds of people who were initially denied by the insurance companies.

Attorney Morris has a proven winning record on both civil and criminal matters. He has obtained hundreds of thousands of dollars for injured parties in Massachusetts and has won many jury trials for criminal defendants who were found not guilty after trial.